As soon as it is known that a release is coming up, plan the knowledge transfer with Managed Services. How much time this needs, will heavily depend on the degree of involvement of Managed Services in the development project.

Managed Services is confident to go live with the release, and ready to give support on the release.

With one industrial customer of Kabisa, we developed a mobile app to interact with remote hardware via their generic I/O module. It was not a complex app, and it was built on a framework that is very well known within the Managed Services department. However, the specifics of the existing API, and the generic application of the module (analog & digital I/O), had already turned out to be difficult in knowledge transfer when a developer was replaced during the project. Therefore we planned a full day of knowledge transfer with one developer from the project and two developers of Managed Services. This was done a week before the first go-live of the app. 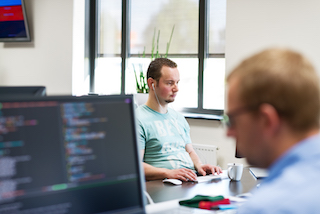 We take initiative and ask for forgiveness instead of permission. 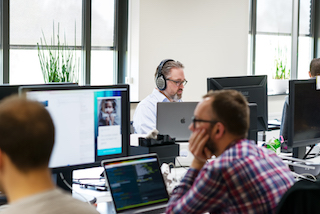 We always create the best solution possible and raise the bar every day.

And we do more. Our people are versatile, on top of the game in their field and we would like to compile an A-Team for your project. Contact us!